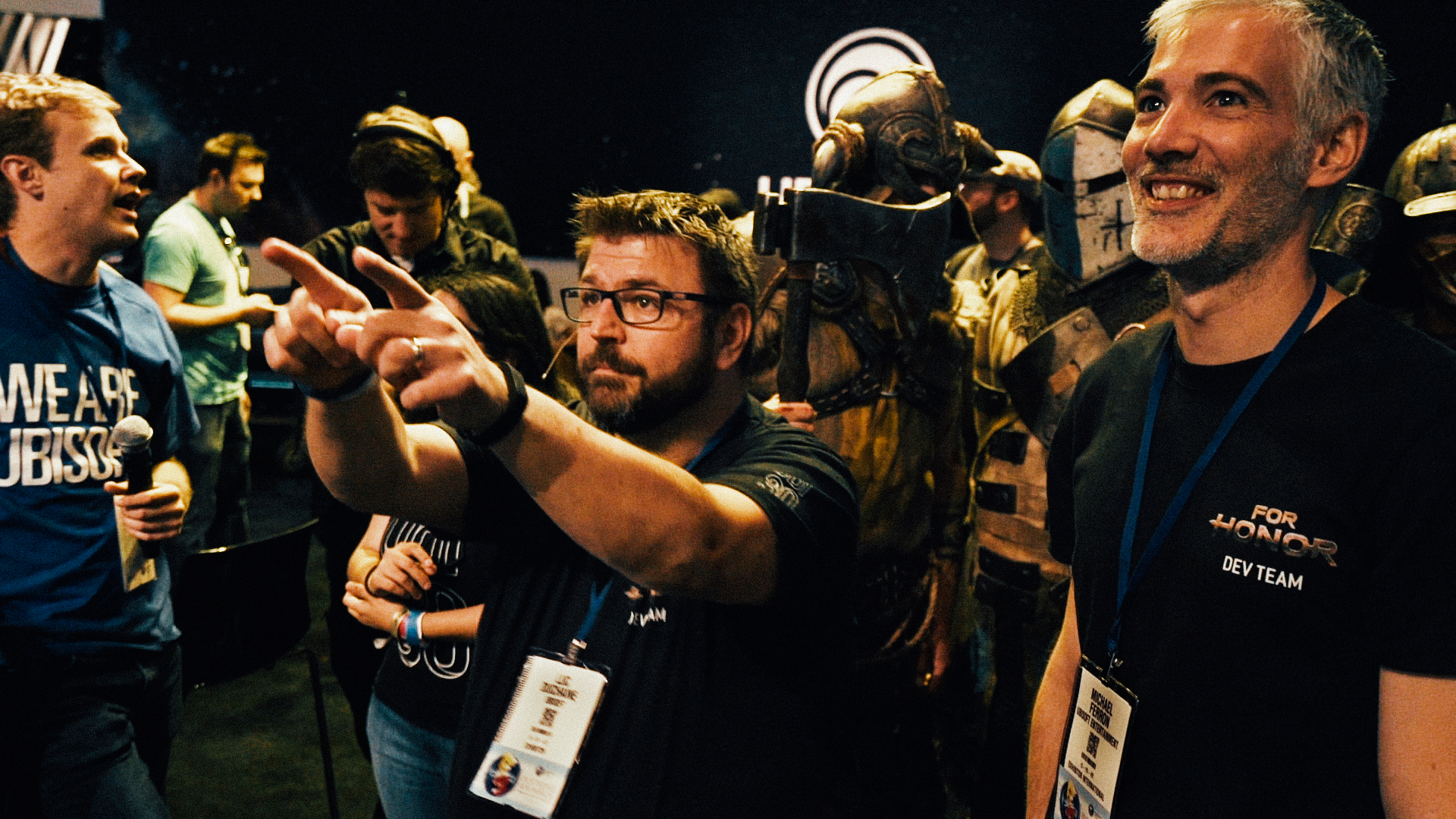 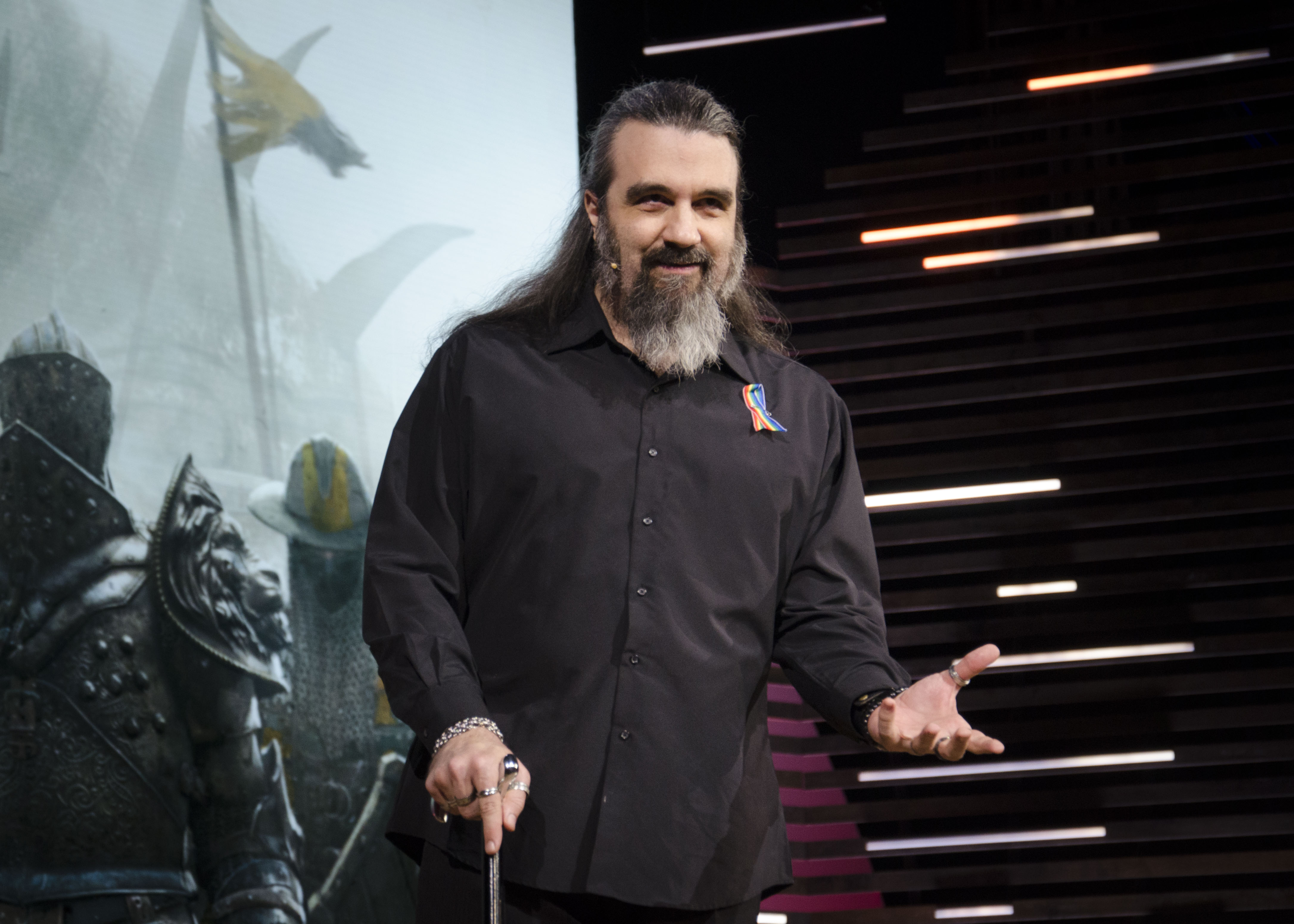 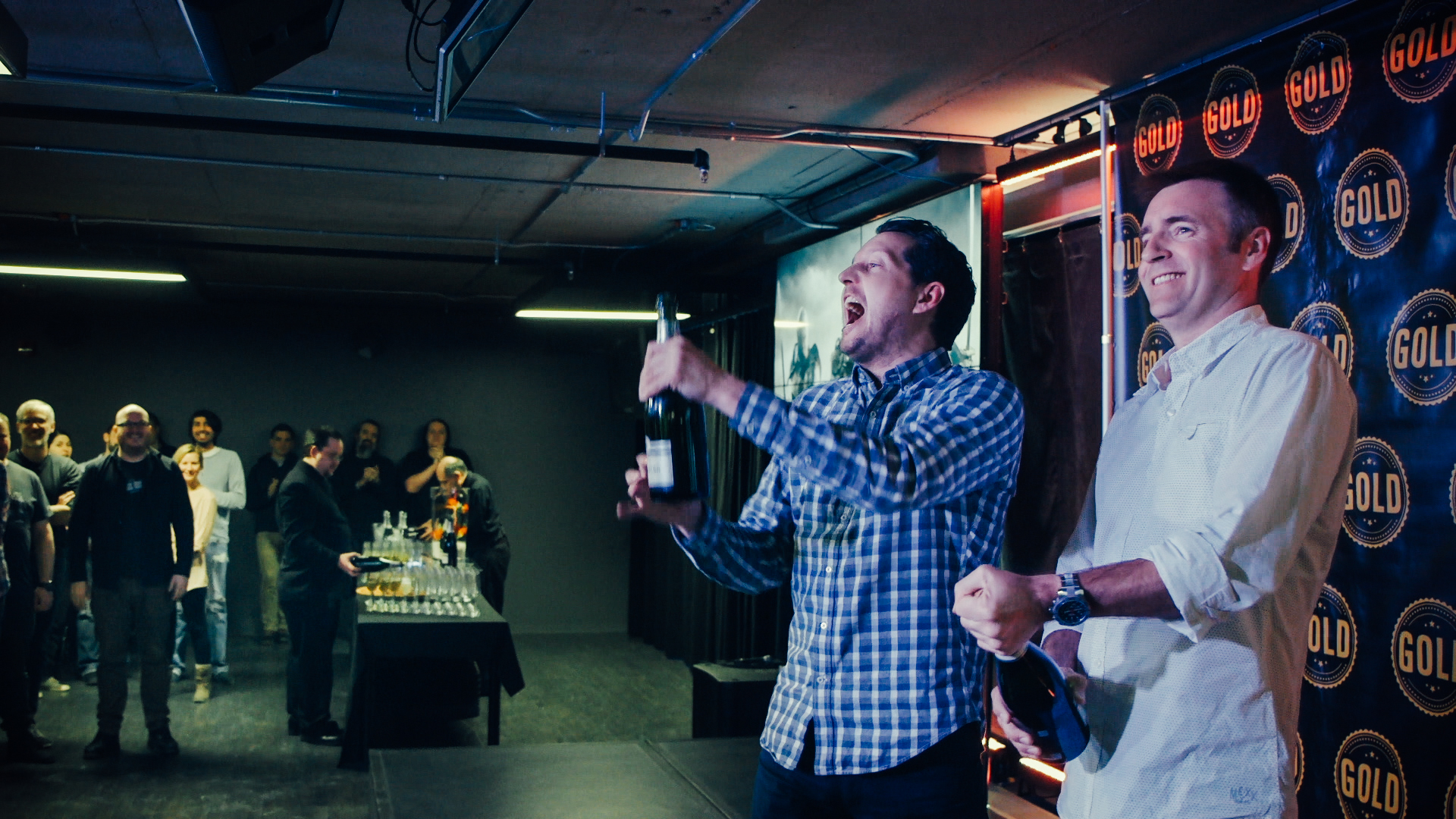 Playing Hard offers unprecedented access to a highly secret world where a few gamers/designers are shaping what has now become the biggest entertainment industry in the world. It follows the creation of the game For Honor over a four-year period. As the production team grows from 40 to 500 people, we witness the human theatre involved in creating and launching a major video game.

From Montreal to Los Angeles, through Cologne, Moscow, Seattle, and Asia, we follow Creative Director Jason VandenBerghe, Producer Stéphane Cardin, and Brand Manager Luc Duchaine as they struggle to bring an idea to life. Beyond the commercial success of the game, their dreams, fears, and relationships are at stake.

The movie is available with english subtitles is VOD and DVD (special edition with special features):

An intimate window into the extraordinary – and extraordinarily complicated – process that VandenBerghe and his colleagues went through. – review in CBC Arts (Read)

A remarkable achievement… A fun, absorbing, and insightful documentary.  – review in In the Seats (Read)

As a look at the some of the real humans working inside an industry notorious for its secrecy, Chartier’s documentary is a rare achievement. – review in Kotaku (Read)

Playing Hard shows the kind of coordinated effort and sacrifice required to make a blockbuster videogame. – review in Exclaim ! (Read)

An interesting look at the creative process, from the initial spark of an idea to the final feeling of grief that comes when the project is done and you are no longer working on it. – review in One Movie Our Views (Read)

«Entertainment is philosophy in motion» says gamer Jason Vandenberghe towards the end of Playing Hard. The film sees Vandenberghe realize his dream by leading the team at Montreal’s Ubisoft video game empire in creating the entertainment he always wanted as a child. – review in POV Magazine (Read)

Egos and artistry collide… Everything rides on the epic battle game hitting the jackpot. – review in RealScreen (Read)

Compelling… A tale of the blood, sweat and real-life human drama. – review in The Reel Roundup (Read)

Given the notoriously top secret nature of the video game industry, it’s a miracle that Chartier was able to make Playing Hard at all. – review in The Gate (Read)

Jean-Simon Chartier’s film is as flashy and busy as a clip reel. – review in Now Toronto (Read)

Playing Hard lifts the lid on the stressful birth of a big-budget video game. – review in The Star (Read)

Director Jean-Simon Chartier weaves together these two contrasting experiences into a cohesive look behind the curtain of game development. – review in Digital Journal (Read)

Jean-Simon Chartier has fantastically directed this movie. – review in Tech News (Read)
Playing Hard does leave us with something to think about especially if you are involved in this specific industry. – review in That Moment In (Read)
Gamers and non-gamers will appreciate Playing Hard. – review in Dread Central (Read)

Chartier showcases the perseverance and dedication it takes to make a blockbuster video game, but also shows the human side behind the game-making process and the tumultuous toll it takes on their lives. – review in 1690 AM CJLO (Read)

A fascinating look at the process of designing a major video game. – review in Sean Kelly On Movies (Read)